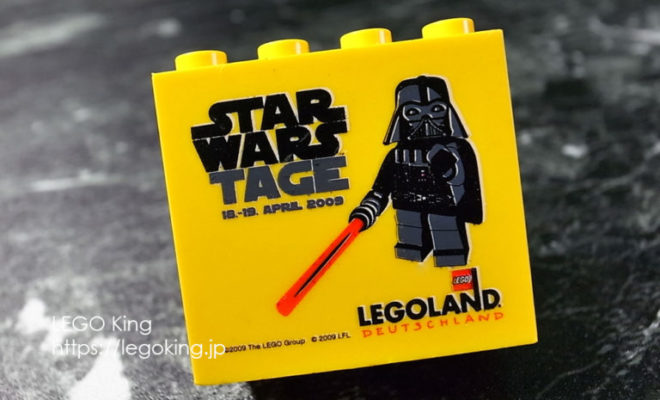 Today we will introduce a rare blicks of LEGOLAND “Star Wars Darth Vader”.

This is a blicks from the Star Wars series distributed in 2009 at Legoland, Germany. There are no signs of distribution of STAR WARS blicks in the country(Japan) yet. (Sorry if the bricks of Star Wars distoributed.)

LEGO was born in Denmark, and Germany is a country just below Denmark. The fact that Star Wars blicks are being distributed in LEGOLAND, I want to go to LEGOLAND in Germany.

I will introduce rare blocks again next time.