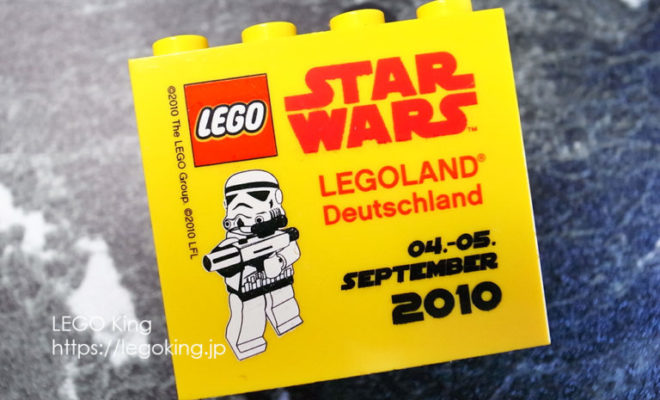 This stormtrooper blicks was distributed in Legoland, Germany in September 2010.

On the right side of the stormtrooper is clearly indicated “LEGOLAND Deutschland”, indicating that it is Germany.

I think it’s very rare LEGO bricks that the distribution date is two days, September 4 and 5, 2010.

Stormtroopers are clone soldiers who have been genetically engineered to erace their independence and ego so that they do not act on their own.

Since the real world is similar, I hope that research and development of genes will not go In the wrong direction.

↑ The storm trooper minifigure in battle is cool! ♪

The infantry of entire Imperial army is often referred to as a “stormtrooper”, but in fact there are different types of troopers to suit the battle environment and the names are also different..

I think this is the most familiar storm trooper because the mouth is shaped like a letter.

However, it’s enviable that the popular Star Wars is distributed only in LEGOLAND, Germany.

In addition, we will continue to introduce rare blicks, so please enjoy yourself ♪