【 LEGO 】 How to distinguish between real and fake. 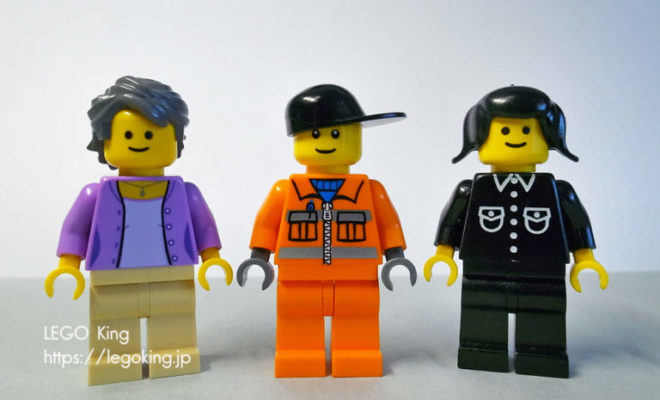 Today I’m going to show you how to distinguish LEGO from the real thing and fake.

All three mini-figures lined up on top are real and are arranged from the right to the oldest. The hair style of the right side is also cute.This hairstyle is not made now and is a popular product among collectors.

Now, it’s a way to distinguish between the real thing and fake, but LEGO’s mini-figures have “LEGO” stamps on their heads, body and legs regardless of age, so those that don’t have a stamp will be fake.

The real product has the letters “LEGO” engraved on the neck and legs.

When you take LEGO’s hair or hat, you can find the “LEGO” stamp here as well.

This is a recent mini-fig with a “LEGO” stamp on the sole of the shoe (left photo). Moreover, check the 4-5 digit number in the back of the hole under the red circle (left photo).

When obtaining from the secondhand market, it may be a good idea to check with the seller for the presence or absence of a “stamp”.

It is also interesting that the shape of the head is different depending on the year of manufacture.

The leftmost minifig parts made after 2005.

The rightmost minifig parts manufactured in the 1970s and 1990s.

The central head part has a hole in it. This was made to prevent suffocation when a child swallowed it.