A Polynesian warrior has come to town. LEGO Minifigure series 11 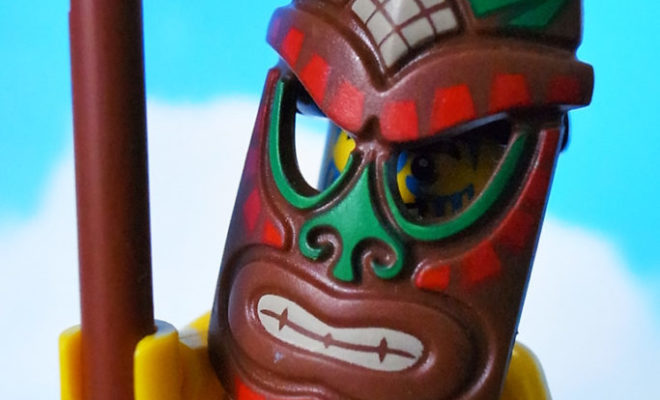 This is the “LEGO Minifigure Series 11 Polynesian Warrior,” which has a good headgear and is a recommended minifigure for collection items. I also one of favorite minifigures.

This “Minifigure Series 11: Polynesian Warrior” is a minifig that is difficult to find in the secondhand market and is often sold at a high price that makes you hesitate to buy it.

Star Wars minifigures often cost between 3,000 yen and more than 5,000 yen, but the usual ones are rare.

A Polynesian warrior staring strangely at a fish swimming in a fountain.

A Polynesian warrior pointing his body at the sun and praying.

I think many people have heard of “Samoans” and “Maoris”, but they are said to be part of an ethnic group called Polynesians.

Last year (2019) the New Zealand team from the Rugby World Cup held in Japan performed a dance called “Haka” just before the kick-off.
That was same as a dance performed by the indigenous Maori people before the battle. And there is the intent to overwhelm your opponent.