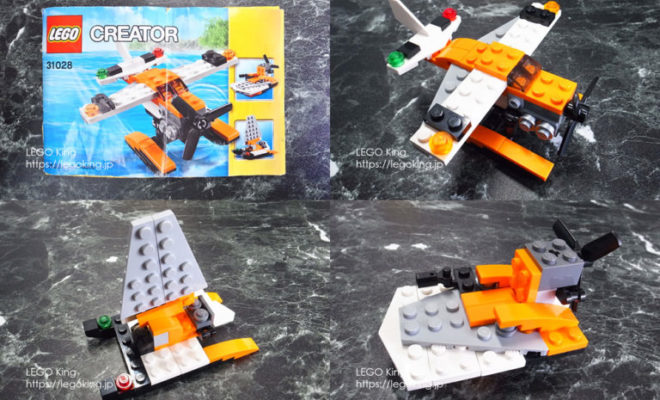 The package covers the age range of 6-12 years old, but I remember my son was a gift of about 5 years old. I made them together only in difficult to understand places, so my son was able to complete them safely.

“Lego Creator 31028” is an excellent product that can make three types of blocks (seaplane, hovercraft, yacht) in one package.

The instructions are dirty, but they are still active “Lego Creator 31028”.

I was worried about missing parts, but first I built an airplane.

I made it after a long time, but the seaplane made with this “LEGO Creator 31028” is cool. You may be the best of the three (seaplane, hovercraft, yacht).

The propellers and engines are looks nice too.

Seaplanes use a lot of blocks, and there are some places where blocks are staggered, so if you are under 6 years old, it may be better for parents to make them together.

The next thing I made was a yacht ♪

It has fewer parts than seaplanes and is easy to make.

The tail fins used on seaplanes are used as rudder to turn the yacht.

And the last thing I made was a hovercraft.

A hovercraft is a vehicle that can run on water, land, and snow, and sends air sucked from above to the bottom of the hull, and floats up from the sea surface.

I think this is relatively easy to make because of the small number of parts.

I’ve never been on a hovercraft yet,
Hovercraft, which is good at flat places, can run at higher speeds than ordinary ships and has the advantage of less impact on the water and the ground surface, but on the uneven land, it will contact It seems to be weak to waves and strong winds.

In addition, fuel consumption is bad due to high energy consumption, and noise and vibration are high.
The rubber-like part under the hovercraft is called a skirt, but the maintenance and replacement cost of this skirt is a considerable cost, so it may be expensive from an operational standpoint.

Well, but it is well thought out.

I think that the order of making “LEGO Creator 31028” can be made to be the child’s favorite, but for children under 6 years old, make a yacht or hovercraft that is easier than an airplane first I felt.

There are many other types of “3in1” such as dinosaurs, cute pet shops and cafes, and sturdy off-road cars. 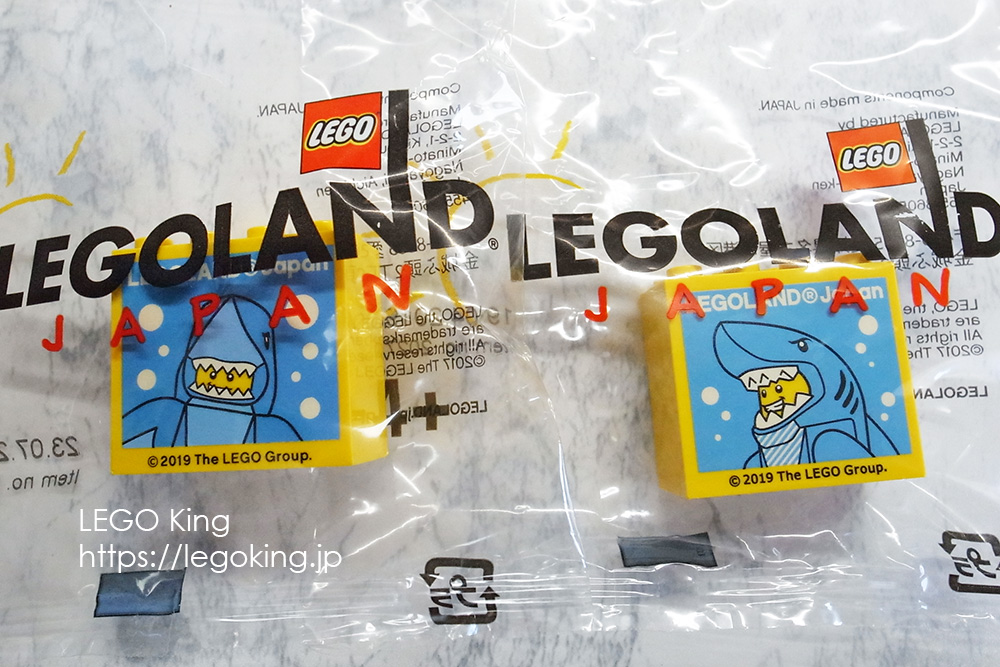