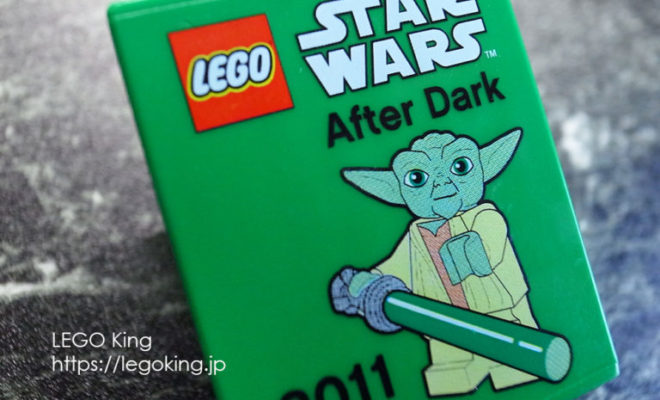 This is a Duplo blicks distributed in 2011 at Legoland Windsor in the UK.

Green color is rare among LEGO factory blicks and Duplo blicks. The Star Wars series may be just only Yoda so far.

The legendary living Jedi Master “Yoda” is depicted on the blicks.
Although only 66 cm tall, he is known as the best swordsman in the galaxy, and his outstanding lightsaber technology and powerful force are among the highest ever.

Yoda, who has more insight than anyone else, decides not to train the Jedi when he first meets the boy Anakin Skywalker, saying that Anakin was too old and Yoda thought the Anakin’s future is not fully predictable.

Later, the council began to evaluate Anakin’s brilliant performance and suggested Yoda for training the Jedi. He’s forced to train for Anakin. This is the decision that will lead to the dark ages later.

This is happening not only in the movie world, but also in companies. If an employee who has trained in an elite course or given an opportunity to study abroad changes jobs or becomes a large organization or company, it is distinguish “career” or “non-career ” and it is possible to advance A career group, and non-careers can’t go ahead than at a certain position.

Anakin Skywalker’s abilities and emotions are intertwined in an intricate way, and he has chosen a dark path, but that is inevitable.

“LEGOLAND WINDOR” is written on the back of the Duplo blicks.

“WINDOR” is a town along the River Thames, west of London, England, where “Legoland Windsor” is located.

About 10 years ago, I went to England for the first time in Europe, but I became sick and couldn’t enjoy and go sightseeing satisfactorily. I want to go again if I can afford it.

It’s impossible for a while. . . (Bitter smile)

I will introduce rare blicks again.
Have fun ~ ♪